NORFOLK, Va. – June 17, 2019 – Frank Ramaekers III has turned away people who have paid to stay in his beach rental homes in Virginia Beach. The problem? They hadn't paid him, they'd sent their money to a scammer on Craigslist.

Ramaekers said it's difficult to turn away families with their cars packed full of luggage, beach chairs, umbrellas and toys. He asks where the crestfallen vacationers booked and the answer is always the same – Craigslist.

During the same month, a man and his family came all the way from Panama and claimed to have rented the home. The man became upset and aggressive when he found out he couldn't stay at the house and had lost his money, but the house was occupied by other renters at the time, said Ramaekers.

"I immediately knew they got scammed," he said.

Craigslist and vacation rental websites like Airbnb have made it easy for homeowners to rent their properties, and for consumers to find them. But the increase in Internet listings has brought more fake listings posted by scammers. Virginia Beach property owners, for example, are more often finding scam victims, who thought they had booked a bargain online, waiting at their doors.

After learning that their money is gone and their vacation ruined, many say: "I knew it was too good to be true."

All of Ramaekers' beach houses, and most of those he manages, are rented through Airbnb and Vacation Rental by Owner (VRBO), a vacation rental website owned by HomeAway, and have keypad door locks. He's been renting and managing properties over the last five years and is now responsible for six houses in Virginia Beach.

Two summers ago, Ramaekers came across a man checking out one of the properties and claiming to have it rented later that summer. Turns out, he was a victim of a scam on Craigslist. In addition to surprise guests, Ramaekers regularly receives emails from people interested in renting the houses, sometimes saying they saw the ad on Craigslist. Those are the lucky ones who avoided losing their money, he said.

It's usually the same story – people looking for a cheap rental rate.

On Craigslist, a rental place might be listed at $200 a night, Ramaekers said. "It's (actually) triple that during the summer. It's unheard of. That's what happened. They see these reduced prices and then wire the money and the wired money goes to an account somewhere," he said.

Ramaekers used to report fake ads to Craigslist, to have them taken down. They would be posted with photos and text taken right from his own listing.

"I used to, but they just pop right back up. I quit. It would take me a couple hours to do it," he said. "I started to do it frequently, and then it would come up under a couple days' time under a different name, different titles and different profile photo."

Liz DeBold Fusco, the northeast press secretary for Airbnb, said the company hears about many fraudulent situations and recommends that renters stay on trusted sites for all transactions and communications to ensure those sites can help with potential disputes.

"We see this specifically around major events when there is a surge of demand for guests looking to book for something," she said. Some scammers claim their "rentals" are managed by Airbnb or send renters to mock-up Airbnb pages. On the Airbnb site, potential hosts are screened and are required to provide a full name, date of birth, photo, phone number, payment information and email address before they can create a listing. Sometimes hosts are required to provide government IDs.

VRBO representative Francesca Faris said the site verifies user accounts and conducts background screenings on homeowners and property managers. She did not specify how the site attains the identity verification.

Atlanta resident Tom LoPresti and his wife have rented four vacation properties in Virginia Beach through VRBO over the past four years. The couple had two people show up at different times last year to the same house in Old Beach, having driven from out-of-state and thinking that they had booked the spot through Craigslist.

"They spent $1,000 on seven nights for the beach house that sleeps 12 people? That should have been a flag," LoPresti said.

A group of friends looking for a place to stay for the Something in the Water music festival in late April showed up at Virginia Beach resident Josh Lippoldt's rental house in Virginia Beach. They booked through a fake listing on Craigslist, and Lippoldt had to turn them away because the property was occupied, otherwise he would have rented to them.

"I felt really bad for them," he said.

Last year, a woman from Germany contacted Lippoldt and asked about her extended reservation in the fall. She had paid $1,200 for a two-month stay through Craigslist.

"She started getting mail sent there. She actually stopped by before her rental date and said she was renting it for two months …" he said.

Lippoldt also has had problems with fraudulent rental listings on residential real estate platform Zillow. One scammer kept posting one of Lippoldt's vacation houses for rent on the site.

"I had so many inquiries on that. … They put it up for rent for $3,000 a month," he said. "I had a lot of people coming in that weekend showing up to my door. They wanted to be the first people. One person offered three months' rent in advance. I told my neighbor Zillow is a problem now."

Zillow spokesman Viet Shelton said the company's systems flag any suspicious listings with fraudulent patterns of incorrect grammar, capitalization or unusual price points. Users can report listings, which are then investigated and possibly taken down, and in some cases, users are banned. Craigslist did not immediately respond to request for comment from The Virginian-Pilot.

Unlike other rental owners who have found people outside their doors, Denise Holden found renters inside her vacation rental house in the Old Beach area. It's the only time she's ever had issues with renters, having used VRBO, and said the two brothers from Pennsylvania came for Something in the Water.

Her biggest questions: How were they able to get the address and find the key? She said she asked, but was so shocked at the time that she didn't remember what they said. She allowed the two to stay in the house as long as they paid the maid.

"I don't know if the scammer got a hold of the information letter (with the key location) by hacking the HomeAway website or if someone who previously stayed there gave away that information," she said. She has since put a keypad lock on the door.

Linda Keuhn, public affairs officer for the Virginia Beach Police Department, said a police officer will respond to a call in situations like these.

"Obviously if there is an active dispute going on, we will help mediate that. Often times people are not exactly sure what their rights, or legal responsibilities, are," she said in an email. "We offer as much advice as we can, and will take a report if the circumstances necessitate that."

Keuhn said the department's Economic Crimes Division receives periodic calls about rental scams but that there hasn't been an "overwhelming number of cases."

The department's advice: As a renter, don't use Craigslist, research the rental homeowner and verify the listing through communication and reviews before paying any deposits, and don't make cash or check payments. For hosts, list properties using a reliable rental company and use a keypad door lock with a combination code that is changed between bookings.

Some vacation rental owners have made it a habit to regularly check Craigslist listings, scanning them for any sign of their properties.

"I try to do it once a month," LoPresti said. "When I'm sitting at my computer, I'll scroll through it."

Virginia Beach resident Martin Ton, who has rented vacation properties at the North End for around 20 years, reports fake listings of his properties nearly every week and created his own Craigslist listing to combat the scammers.

"I copied the picture and put a watermark on it and said, 'Scam. If you see this on Craigslist, do not rent this.' "

Some vacation rental owners believe Craigslist should be shut down or at least make it less time-consuming to report a fraudulent listing. The company could also help verify listings by requiring users to input a verification code from a postcard sent to the listed properties, Ton said.

LoPresti said he didn't know what the platform could do, but he believes more fraudulent listings will pop up as more vacation rentals are added to the market.

"I think it's only going to get worse, because in the last few years, we have five times as many listings as we did when we first started. When I first started, we were one of 600 and now we're one of 3,000. Now that you have a greater number of people doing it, you're going to have a greater opportunity for it."

Check out the original article here 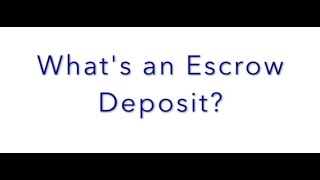 Throwback Thursday: How Do You Interview Real Estate Agents to Sell Your Home?

Did You Know Realtors Can Represent Both Sides in a Sale? 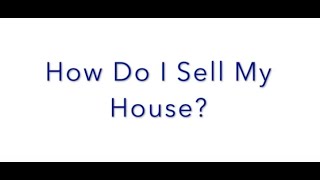 FAQ Friday: How Do I Sell My House? 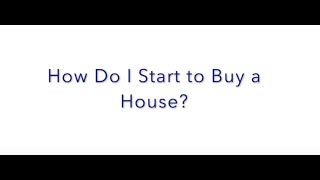 FAQ Friday: How Do I Start to Buy a House?

I Want to be a Realtor. It Looks So Easy.